Clarita, dancer, singer, teacher and choreographer has an extensive background in all facets of Spanish dance, covering regional folk dances, Escuela Bolera (the original form of Spanish dance), and of course, Flamenco. Residing in Sevilla, Clarita’s talent was recognized by Sevilla’s leading male dancer Curro Velez. Mr. Velez presented Clarita at both the “El Arenal and El Meson” both famous Flamenco clubs, where she performed with Andalucias premier dancers. Clarita’s acclaimed talent brought her to the attention of Spain’s elite performers, she was the only American Flamenco artist to have been invited to perform for the former President of Spain, Felipe Gonzalez, at a gala event honoring the Governor of Andalucia Sr. Borbolla and the British Ambassador to Spain. Clarita was also invited to perform for the Consulate General of Israel, Jacob Dayan, celebrating the 62nd Anniversary of Israel and the opening of the Saban Wilshire Theatre. Clarita’s extensive knowledge of Flamenco, Escuela Bolera, and Regional folk dances of Spain resulted in her being the featured artist with Slope Chamber Music Series in Colorado and the Allegro Baroque & Beyond in Washington.

Under the artistic direction of Clarita, the Arte Flamenco Dance Theatre has toured throughout the United State and Mexico. Arte Flamenco opened for Jay Leno, The Gipsy Kings at the Celebrity Theater in Los Angeles; was featured in the PBS program “Avalon” with John Tesh and the Grammy award winning KNBC television show, “Starting Over”. The Company has also performed for the former President of Mexico Vicente Fox and Dr. Deepak Chopra during the Sages & Scientist event, just to name a few.  Most recently featured at the Dolby Theater in Hollywood, California and returning to The Getty Museum.

A member since 1995, Clarita has been on the Artist Roster of the Segerstrom Performing Arts “ArtsTeach” program, The Cerritos Performing Arts Center Family Series, PSArts and Los Angeles Unified School after school program.  Guest Artist for Pasadena Unified School District’s LEARNs Program, LACMA at CSLA, Along with touring, Clarita teaches at the Pasadena City College and at Arte Flamenco Dance School. 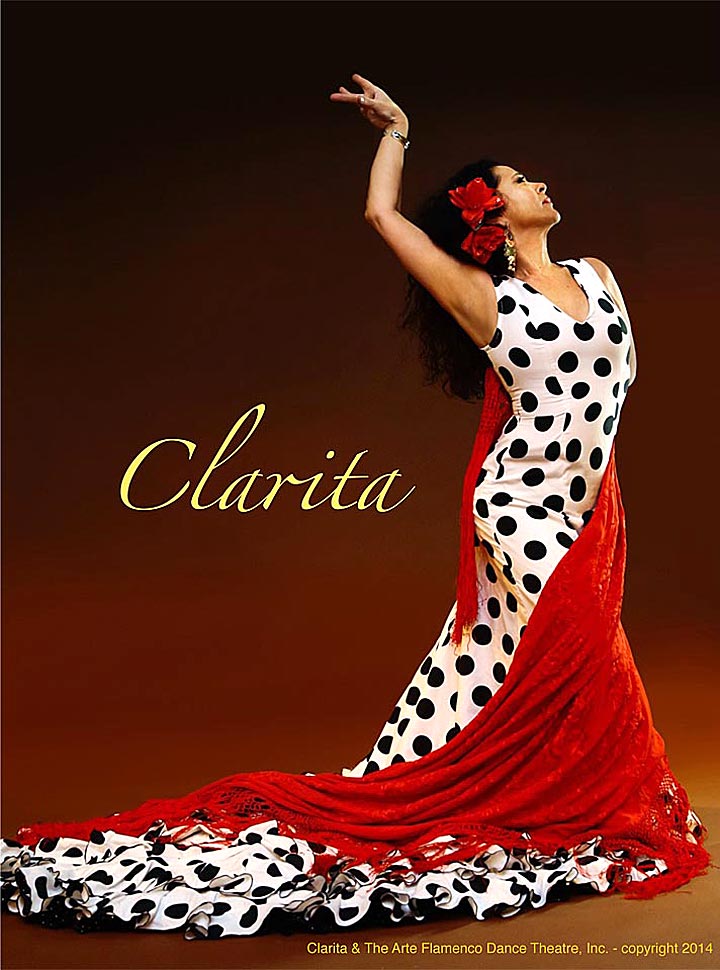 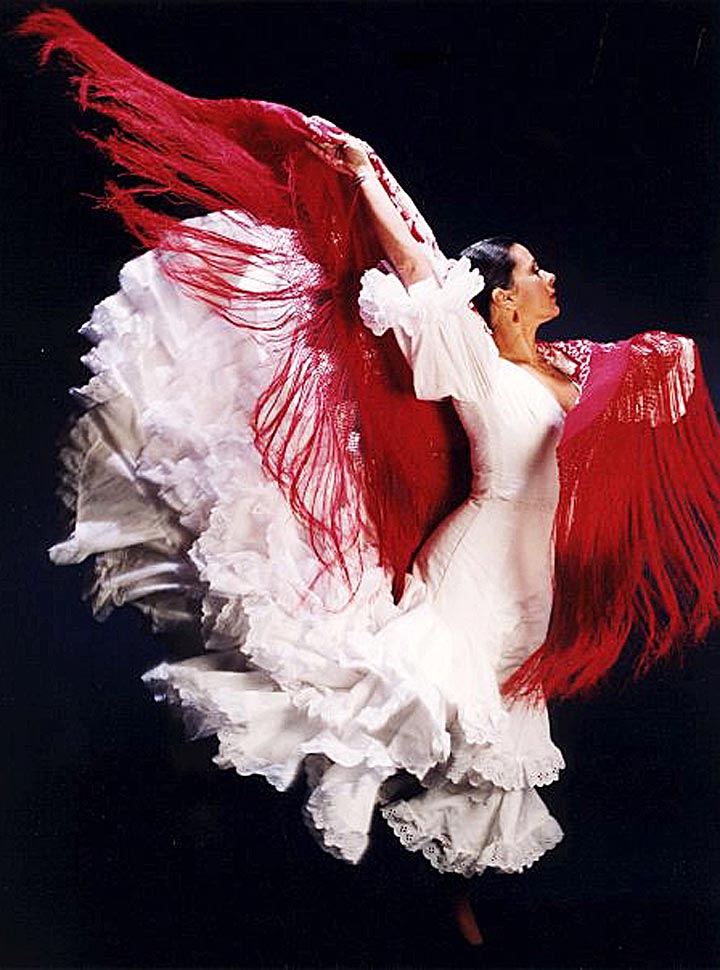